You are here: Home / Blog / Mainstream Chemical Tests Limited in DUI of the Marijuana Cases 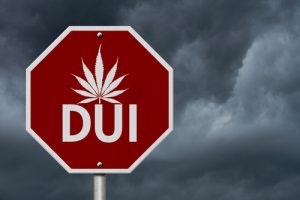 Marijuana is the most commonly used illegal drug in the United States, with 22.2 million users. Other common names for marijuana are weed, pot, or cannabis.

We know that marijuana use may have a wide range of health effects on the body and brain.

Because driving is such a common activity, it is easy to forget how you really must stay alert to stay safe. While it may seem like your body goes on automatic when accelerating or changing lanes, your brain is actually in high gear. Drugs and alcohol interfere with the brain’s ability to function properly.

The primary psychoactive ingredient in marijuana is delta-9-tetrahydrocannabinol (“THC”). It can produce alterations in motor behavior, perception, cognition, and memory. THC is what makes marijuana users feel “stoned” or “high.”1

The current state of chemical testing used to determine whether or not a driver is impaired is not reliable for the following reasons:

Blood tests can produce false positives because THC is fat-soluble. This means that some of it gets stored in the body’s fatty tissues. As a result, it can be detected by chemical tests used in DUI marijuana investigations well after a suspect is no longer high.4

Urine tests for driving under the influence of marijuana cases are even less reliable than blood tests. They do not directly detect for the presence of THC, but instead for inactive metabolites, such as THC carboxylic acid (THC-COOH). 6

These inactive metabolites can be detected in urine long after marijuana has ceased to
have any impairing effects. Research shows that in some instances they can be detected up to four weeks in chronic users. 7

Because inactive metabolites do not themselves cause impairment, a positive urine test does not indicate that one was driving “under the influence” of marijuana.8 It merely indicates that cannabis has been consumed at some point in the recent past.

Newer strains of Cannabidiol (CBD) better known as “low THC marijuana,” may be particularly susceptible to false positives. CBD is a non-psychoactive substance in marijuana. CBD is often used medicinally by consumers who do not want to feel high.9

Studies have shown that saliva sampling is quick, non-invasive, and can pinpoint the latest use to a matter of hours.10

Some California counties – including Los Angeles, Bakersfield, Sacramento and Fullerton – have begun using these oral swabs on a test basis.11 At present, an oral swab is a voluntary pre-arrest test, like a road-side Breathalyzer or a field sobriety test.12

This may soon change as the Los Angeles City Attorney’s Office has said that it is hoping to test the legality of saliva tests as proof of DUI marijuana in California cases.

This is why prosecutors in DUI marijuana cases cannot rely on chemical tests as “smoking guns.” A good DUI defense lawyer will make this clear to the prosecutor and, if the DUI of marijuana case goes to trial, to the judge or jury as well.

A positive marijuana test alone does not prove that a person was too high to drive safely. There is no one agreement on how much THC in the blood makes a person “impaired.”

Even medical experts cannot agree as to what impact marijuana has on driving. There is no expert consensus as to how much marijuana is sufficient to impair one’s ability to drive (and thus make one guilty of driving under the influence of marijuana).

A defense attorney who understands this current data can often successfully argue that a “stoned” driver is not necessarily an impaired one.

Unlike alcohol, currently, there is no amount of marijuana in the bloodstream that can be used to establish impairment. Positive test results for blood alcohol content (BAC) are, for the most part, considered reliable; tests for DUI marijuana are not.

Tests for marijuana simply reveal whether or not there is “some” marijuana in a persons system.

In addition to chemical test results, evidence of DUI marijuana may include:

The Field Sobriety Test used in DUI alcohol arrests is one way law enforcement tries to determine if a person is under the influence of DUI marijuana.

Signs of marijuana use that the officer might look for in deciding whether to make an arrest for DUI of marijuana include:

The law previously declared it illegal to drive while impaired by marijuana, or any other drug.

However, with the legalization of marijuana in several States, marijuana DUI law has entered the spotlight. Based upon today’s testing methods, the prosecution of suspects in marijuana DUI cases is fraught with unreliability and the danger of misleading results.

For the criminal defense practitioner, there is ample opportunity to discredit the prosecution’s case and challenge the admissibility of said evidence. As scientists develop more new detection tests, it remains to be seen whether these methodologies will be subject to the same level of criticism.

The CDC warns of increased risk of motor vehicle crashes.

What you need to know about marijuana and driving

Laws vary from state to state. If you intend to drive, the safest option is not to have any alcohol or drugs in your system at all.

Attorneys, please call Krug Consulting today to review your cases where a marijuana DUI is in question.
Click to call us at 1 (844) LNC-KRUG • or Contact Us via email

Bring a legal nurse consultant’s expertise to your legal team.

If you find this newsletter helpful, please share it with colleagues, or direct them to our website.

Legal References:
1. Vehicle Code 23152(e) VC – Driving under influence; blood alcohol percentage; presumptions [DUI marijuana]. (“(e) It is unlawful for a person who is under the influence of any drug [including marijuana] to drive a vehicle.”)
See also Vehicle Code 23152(a) VC. (“(a) It is unlawful for a person who is under the influence of any alcoholic beverage to drive a vehicle.”)
2. Judicial Council of California Criminal Jury Instructions (“CALCRIM”) 2100 – Driving Under the Influence [of Marijuana]. (“A person is under the influence if, as a result of (drinking [or consuming] an alcoholic beverage/ [and/or] taking a drug), his or her mental or physical abilities are so impaired that he or she is no longer able to drive a vehicle with the caution of a sober person, using ordinary care, under similar circumstances.”)
See also People v. Enriquez (1996) 42 Cal.App.4th 661, 49 Cal.Rptr.2d 710 (“To be ‘under the influence’ within the meaning of the Vehicle Code [including Vehicle Code 23152(e) VC], the … drug(s) must have so far affected the nervous system, the brain, or muscles as to impair to an appreciable degree the ability to operate a vehicle in a manner like that of an ordinarily prudent and cautious person in full possession of his faculties.”).
3. Vehicle Code 23536 VC – Conviction of the first violation of § 23152 [DUI marijuana]; punishment. (“(a) If a person is convicted of a first violation of Section 23152, that person shall be punished by imprisonment in the county jail for not less than 96 hours, at least 48 hours of which shall be continuous, nor more than six months, and by a fine of not less than three hundred ninety dollars ($390), nor more than one thousand dollars ($1,000). . . . (c) The person’s privilege to operate a motor vehicle shall be suspended by the department under paragraph (1) of subdivision (a) of Section 13352 or Section 13352.1. The court shall require the person to surrender the driver’s license to the court in accordance with Section 13550.”)
4. Vehicle Code 23152 (a) and (e) VC [DUI marijuana], endnote 1, above.
See also Vehicle Code 23152(f) VC. (“It is unlawful for a person who is under the combined influence of any alcoholic beverage and drug to drive a vehicle.”)
See also CALCRIM 2110 [definition of drug applies to VC 23152(e) DUI of marijuana]. (“[A drug is a substance or combination of substances, other than alcohol, that could so affect the nervous system, brain, or muscles of a person that it would appreciably impair his or her ability to drive as an ordinarily cautious person, in full possession of his or her faculties and using reasonable care, would drive under similar circumstances.]”)
5. CALCRIM 2100 – Driving Under the Influence [of Marijuana], endnote 2 above.
6. Mercer v. Department of Motor Vehicles (1991) 53 Cal.3d 753, 280 Cal.Rptr. 745.
7. CALCRIM 2100 – Driving Under the Influence [of Marijuana]. (“To prove that the defendant is guilty of this crime, the People must prove that: 1 The defendant drove a vehicle; AND 2 When (he/she) drove, the defendant was under the influence of (an alcoholic beverage/ [or] a drug) [or under the combined influence of an alcoholic beverage and a drug].”)
8. People v. McGinnis (1953) 123 Cal.App.2d Supp. 945, 267 P.2d 458 (holding that the guilt of an accused, including in DUI marijuana cases, may be established by circumstantial as well as by direct evidence, and that the right to draw proper inferences from the evidence is a function of the jury).
9. Like DUI of drugs/marijuana under Vehicle Code 23152(e) VC, DUI of alcohol under Vehicle Code 23152(a) requires proof that your ability to drive safely was actually impaired due to the consumption of alcohol. However, under Vehicle Code 23152(b) VC, you are deemed intoxicated as a matter of law if you have a blood alcohol concentration (BAC) of .08 or greater.
10. Maggie Koerth-Baker, Driving Under the Influence, of Marijuana, NYTimes.com, Feb. 17, 2014.
11. See, e.g., National Public Radio, No Easy Answers For DUI Concerns As Marijuana Gains Support, February 23, 2014.
12. People v. Macknic (1967) 257 Cal.App.2d 370, 64 Cal.Rptr. 833 (holding that detailed testimony by an expert as to the defendant’s observable physical and mental reactive state was sufficient to prove that defendant was “under the influence” of a narcotic drug). The court in Macknic also held that the police were under no duty to offer the defendant a chemical test. In that the event that they do not do so, it is up to the defendant to request one if he/she wants to obtain exculpatory evidence for a DUI marijuana or other DUI drugs charge.
13. People v. McGinnis, endnote 8.
14. See e.g., People v. Weathington (1991) 231 Cal.App.3d 69, 282 Cal.Rptr. 170 (“If the issue is whether the ability of the driver to operate his vehicle is impaired [when a person is DUI, or DUI marijuana], the manner in which the vehicle is driven is evidence which tends to prove or disprove that fact.”). In Weathington, the court found that there was substantial evidence to convict the defendant of driving impaired due to alcohol on the basis of not only a chemical test revealing a high BAC, but due to his manner of driving, his slurred speech, his swaying, staggering walk, and statements regarding his consumption of alcohol. This reasoning can be applied to DUI of marijuana.

I have over 23 years of clinical healthcare experience and education on a wide variety of healthcare and medical-legal specialties. Read More…